Unfortunately anything other than BC structural ply is considered exotic in Mildura so I did a quick dash to Adelaide where they understood what I was after, but still didn't have it in stock :(

In order to save another trip I had a look round one of the timber yards and found some gluelam beams - small bits of clear pine finger jointed together to be a structurally stable engineered beam and half the price of oregan so I chucked a few on the roof and brought them home. Some rough calculations with the bathroom scales and the gluelam comes out at 13.5kg/cubic foot - only 500g more than spruce so I set to work shaping it.

The purists will be up in arms but my take on it is that the entire boat is made from engineered wood, plus I quite like the way finger joints look in the finished beams. Will write up a report on their performance once I've had them on the water for a while...

To try and atone for my recent lack of photographic evidence I went overboard documenting the mast construction. 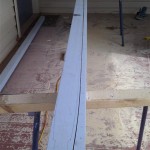 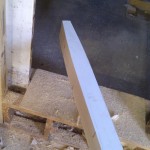 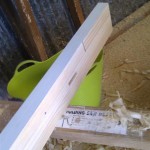 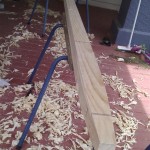 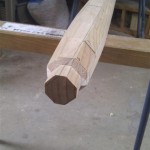 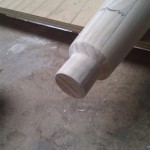